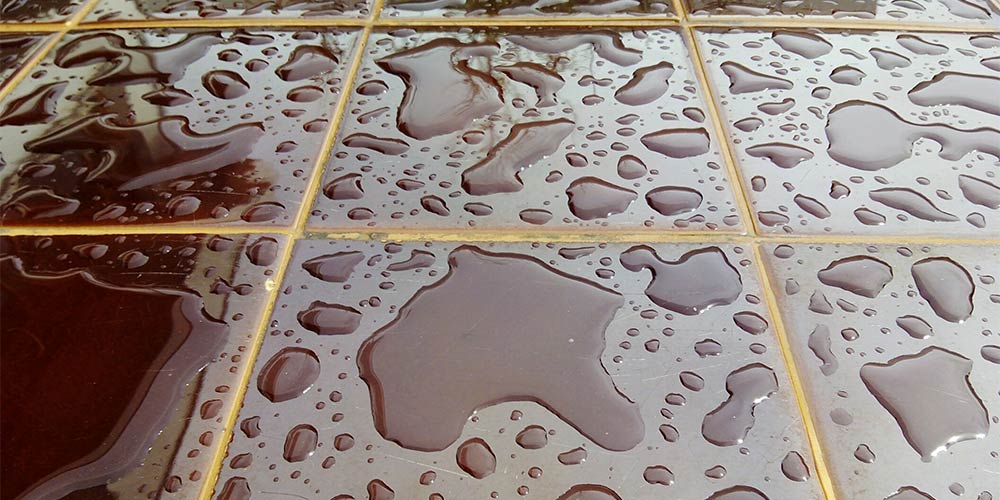 While every flooring job has its own peculiar challenges, there is one thing you can pretty much count on: surprises. You plan out your project schedule and labor requirements ahead of time to maximize your crew’s efficiency and dovetail perfectly with other trades on the job. But something always seems to pop up.

Perhaps another trade is delayed or the general contractor has to shift trades around for some unforeseen reason. Or, just as likely, you arrive onsite only to find that the concrete slab isn’t fully dry or some other moisture intrusion issue has appeared out of the blue.

Moisture-related floor failures are becoming more common due to accelerated construction schedules. Over time, this moisture can cause serious deterioration to the flooring, including delamination, discoloration, blisters, re-emulsification of adhesives, mold growth, and odor problems. It is estimated that moisture-related flooring problems cause more than $1 billion annually in the U.S. alone.

The time to address moisture problems is before the flooring is installed. This can delay the project schedule and require additional material and labor resources that the contractor did not plan for—or include in the original bid. That may require a change order, further delaying progress.

Given how common moisture problems are today, flooring contractors should build moisture mitigation into their schedule. That may mean educating the general contractor (GC) about the importance of moisture mitigation to the performance and lifespan of the finished floor—and to reducing the GC’s risk of a call-back.

To minimize the impact on project schedules and budgets, it is wise to seek out moisture mitigation solutions like the KOVARA floor moisture barrier, which is fast and easy to install, and does not involve time- and labor-intensive preparation of the concrete slab. It is important to avoid methods that require noisy shot-blasting of the slab.

They say that fortune favors the prepared. Thinking ahead and preparing your moisture mitigation strategy well in advance of a flooring project will help minimize Murphy’s impact on your productivity.

For hotels and resorts, creating a relaxing and positive guest experience is the name of the game. Achieving that goal requires careful attention to every detail — from the lighting and décor to the t...

Overview KOVARA® floor moisture barriers consist of a sheet membrane designed to be laid down above the concrete slab but underneath floor coverings, including carpet, vinyl...

Overview A Tradition of Quality and Innovation Utilizing technologies derived from the aerospace industry, ORCON® invented the hot melt carpet seam tape in the early 1970’s...

Excess moisture in concrete slabs is a common issue, whether working on new construction or a renovation. In new construction, accelerated project schedules may not allow time for the slab to fully dr...

Why prepare the concrete slab? There are many factors that go into a successful flooring installation project, from selecting an appropriate floor material to a proper installation procedure. But jus...

When high-performance flooring adhesives lose the battle against alkalinity

When flooring budgets are tight, contractors often look for ways to keep installation costs down. For projects where high moisture in the concrete slab is an issue, installers may automatically turn t...