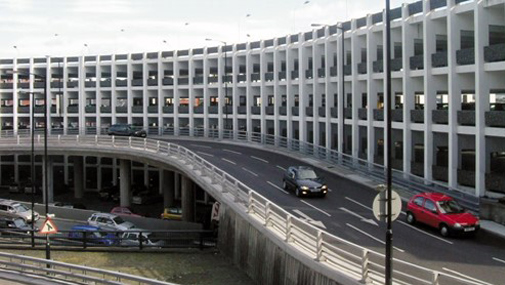 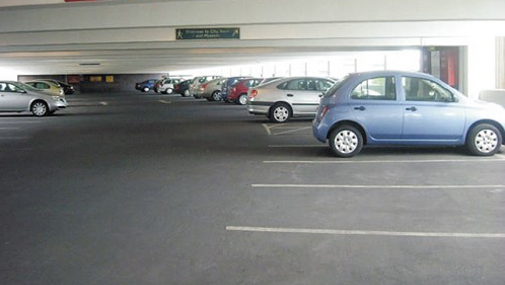 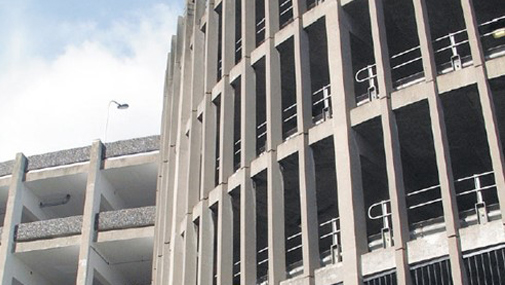 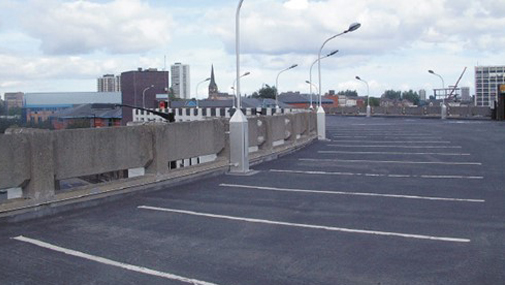 Protecting the Manors Multi-Story Car Park (MSCP) in Newcastle-upon-Tyne since 1989, the DECSEAL® combined waterproofing and wearing course system and SAFETRACK® HW high friction surfacing system have not only retained their appearance but continue to perform well, providing effective long-term protection.

This is despite the six-story reinforced concrete structure being subjected to a high level of traffic in a busy area of Newcastle close to the city’s main shopping area and the recently redeveloped Quayside.

Prompted by some minor concrete deterioration on Level 1 of the car park, the car park’s owners, Newcastle City Council, were looking to carry out a program of preventative maintenance. Well aware that any future, unexpected refurbishment of the car park would not only be costly but could also cause a lengthy closure, inconvenience to patrons and a considerable loss of revenue, the council specified fully compatible METASET®concrete repair, DECSEAL®waterproofing & wearing course and SAFETRACK® HW high friction surface finish, all based on unique ESSELAC® advanced resin technology, to repair the damage, protect the structure from future deterioration and provide the required skid resistance. 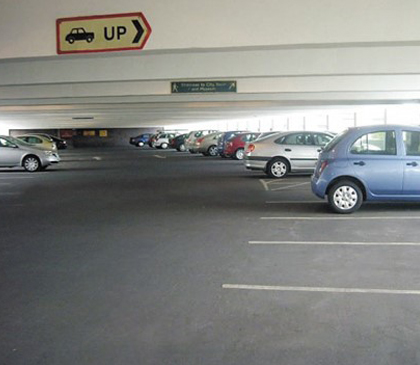 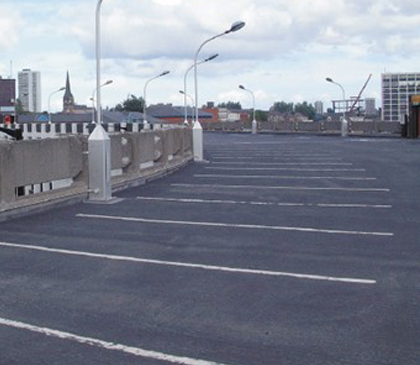 Developed by Stirling Lloyd (now GCP Applied Technologies), the METASET®rapid curing repair mortar was used to repair the damaged concrete decks prior to the application of the subsequent coating system. Then the DECSEAL® system was applied to the exposed top deck, providing both waterproofing and a hard wearing surface. The SAFETRACK® HW skid resistant surfacing system was then applied to the intermediate decks and ramps, with a heavier duty aggregate being incorporated on the ramps between levels to provide a higher degree of skid resistance.

The systems’ ease of application and rapid curing characteristics meant that 20,000m2 of surface area could be applied to the six levels of the car park well within the specified seven-week project timescale. Recent inspections show that despite the continual high traffic levels and exposure to rain water, highly corrosive salt deposits from winter gritting operations on the local roads, exhaust fumes and high shear forces from braking, the SAFETRACK® HW and DECSEAL® systems remain well bonded to the deck and are performing extremely well.

Based on this experience, the Newcastle City Council has elected to use DECSEAL® systems on several other car parks.