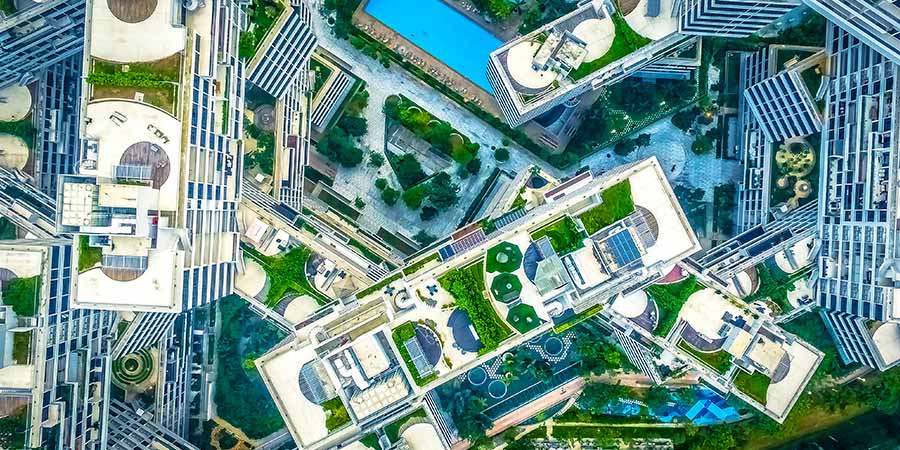 What are buried roofs?

Typically part of an under-garden structure or landscaped area, a buried roof is either part of a basement that extends beyond the line of the main elevations, or an elevated deck accessible by people or traffic.

In addition, the waterproofing system for buried roofs needs to be particularly durable. Since the material will ultimately lie underneath landscaping or other finishes, it becomes very disruptive to have to make repairs if leaks occur. You would have to remove the landscaping or other layer to identify where the leak is and then repair it. Because of this, waterproofing materials need to last for the life of the building itself.

Waterproofing buried roofs can be challenging due to the number of complexities and details. If it’s a landscaped roof, for example, there are many penetrations for irrigation and drainage, and these penetrations are where there is the highest risk of a leak. Using a liquid waterproofing membrane is an excellent choice for this type of application since it’s easier and faster to seal reliably around penetrations and corners with a liquid than with a sheet-applied waterproofing system.

Torch-applied sheet waterproofing can be used, but requires a high skill to deal with sheet overlaps properly, and to handle the hot works operation that is required for adhesion. When hot works are required, if the material is applied too hot it will burn and crack and if it’s too cold, it won’t adhere properly. Hot works are becoming less practical, due to the increasing safety concerns of working with an open flame. In the UK, for example, fire marshals must be on-site during hot works operations.

Top questions to ask when designing a green roof

We all know the economic and environmental benefits of green roofs, but how do you ensure that your client’s vision of a green roof is realized? Today we had the pleasure of talking with Nick Smith of...

Make the most of outdoor space

Developers are increasingly finding novel ways to maximize outdoor space, creating inviting terraces and roof decks that offer sweeping views as well as more living area for a variety of uses. This ma...

Waterproofing for a green roof

Waterproofing is a critical step in building construction, but what can you do to make the process go quickly and smoothly? Here are some quick tips for streamlining waterproofing application: Consid...