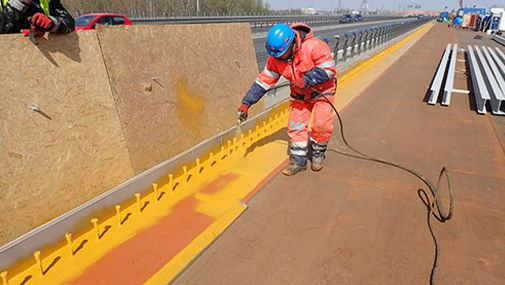 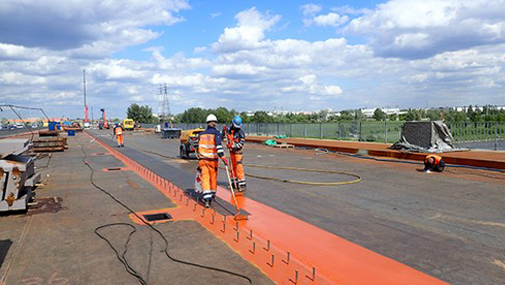 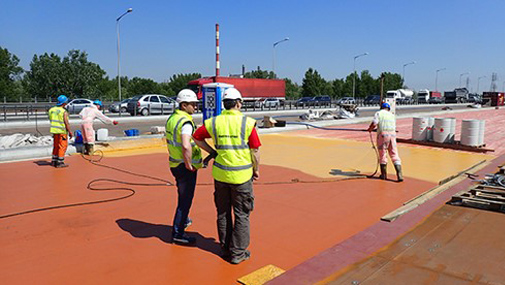 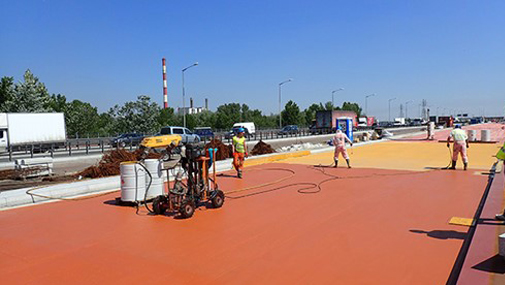 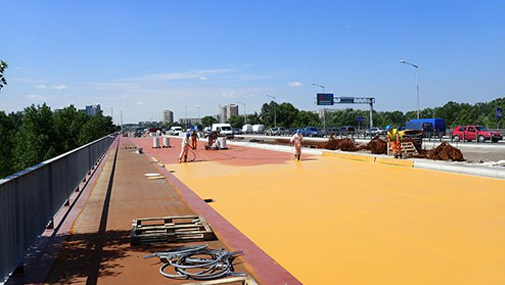 Built over the Vistula River between 1977 and 1981, the General Stefan Rowecki Bridge, or the “Grota Bridge,” as it is often called, is the second largest in Warsaw, Poland. It is also the busiest bridge in the capital, carrying an estimated 150,000 cars daily.

The high volume of traffic and the fact that the bridge forms part of Trasa Torunska - a major expressway through Warsaw - meant that repair and reconstruction work had to be carried out with minimal disruption to traffic flow.

The bridge wasn’t equipped to handle the increasing amount of road users. The original design was made up of a steel orthotropic deck, consisting of two structurally independent parts, each with four traffic lanes. As such, pedestrians and cyclists were restricted to two very narrow tracts, each separated from the roadway by traffic barriers, which made the bridge inaccessible to many people.

Given the time limitations on the construction work and the nature of the structure, the selected bridge deck waterproofing system needed to not only provide proven long lasting protection, but also allow quick and easy application. Most importantly, it needed to have minimal environmental impact over its lifetime.

Once the Grota’s deck was exposed, the project team discovered that it had many irregularities, including protrusions from the steel mesh that could not be removed. The result was that it had an uneven surface profile. 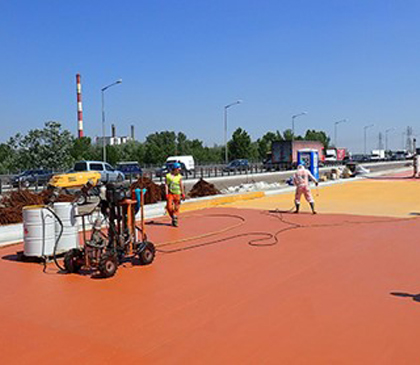 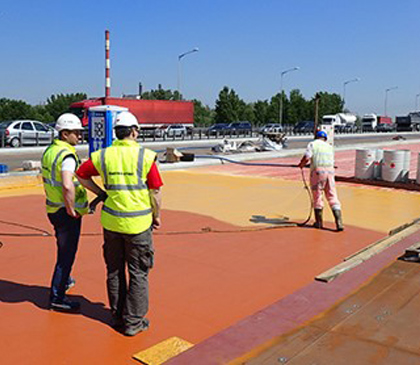 Applying waterproofing under a tight schedule

The waterproofing system comprised of an initial anti-corrosive primer, ZED S94, which served to protect the newly exposed steel deck and enhance the bond between the deck and membrane. Once this dried, the ELIMINATOR® system was spray applied in two coats of contrasting colors to aid in quality control.

Due to the fast curing and the ease of application of the ELIMINATOR® system, DWD were able to apply 1000m2 of the full bridge deck waterproofing system per day. 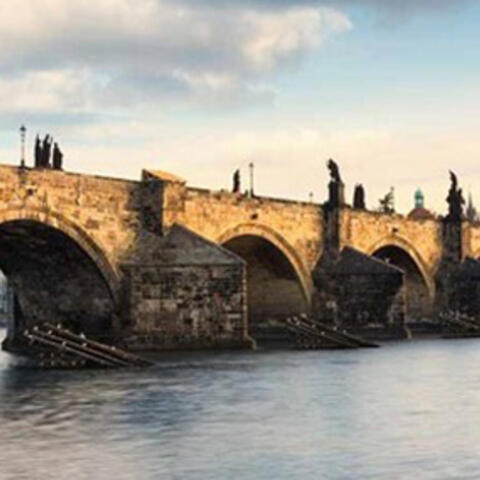