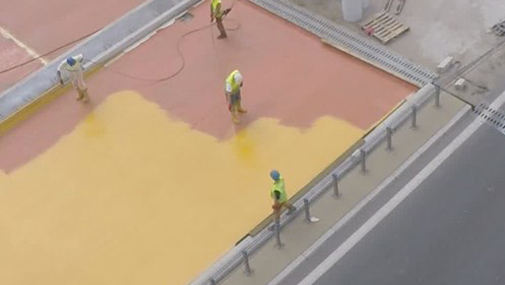 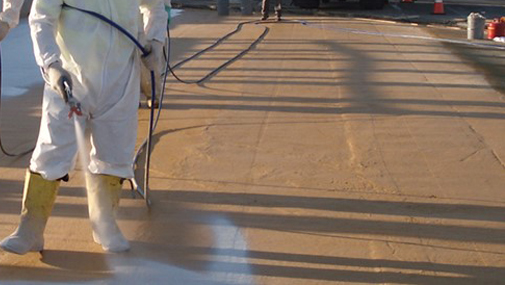 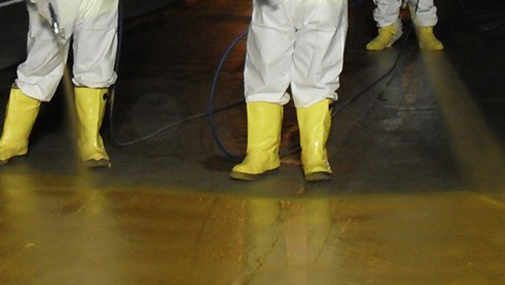 The Fast 14 project was well named. In just ten weeks, the Massachusetts Department of Transportation (Mass DOT) replaced fourteen bridges on the busy I-93 near Boston.

In the summer of 2010, failure of a bridge deck on I-93 disrupted traffic for two days. Upon inspection on this and other structures, the Mass DOT found that the concrete decking and steel beams were failing on fourteen aging bridges. The repair work would normally have taken over four years, with drivers having to endure the resulting long-term traffic disruptions and consequential costs to the environment and the economy.

Instead, the Mass DOT decided to reduce the disruption using the recommended methods of the Federal Highways Accelerated Bridge Construction Program.

The Fast 14 project had demanding completion dates. To meet the project requirements, the Mass DOT needed a waterproofing system that could be applied with speed and ease, and would offer the durability needed for long-term protection of the bridges.

The Mass DOT chose the ELIMINATOR® system, based on unique ESSELAC® technology, to waterproof the 14 bridges, based on the product’s proven track record of safeguarding U.S. bridges for more than 25 years. Developed by Stirling Lloyd (now GCP Applied Technologies), the ELIMINATOR® system is fast curing and highly durable to allow the waterproofing membrane to be overcoated in 40 minutes. This made it the best choice for this fast-track project. 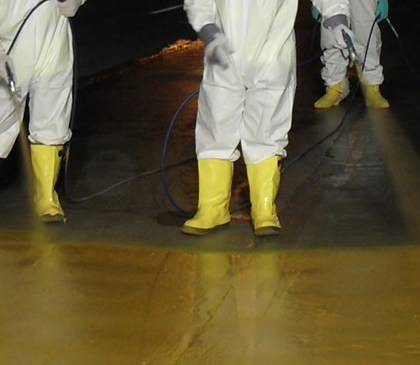 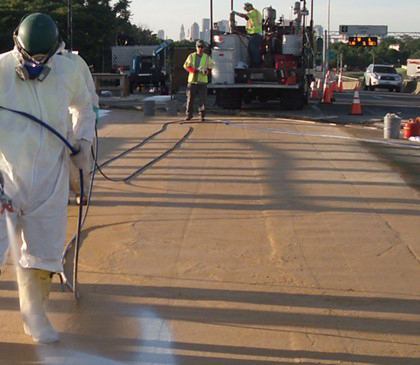 After the Friday evening rush hour, crews changed the traffic flow on I-93, dismantled the bridge, brought in new prefabricated concrete bridge panels, joined them together with rapid setting concrete diaphragms and applied temporary road markings. The new bridge was opened in time for the Monday morning rush hour, minimizing disruption to local commuters. On a following weekend, the waterproofing was installed.

The deck was shotblasted to provide a clean surface, followed by the application of the PAR1 primer. The ELIMINATOR®membrane was then spray applied in two contrasting coats, which enabled the applicator to check the correct and complete coverage of the membrane, even when applied at night.

To provide a high friction, skid-reducing surface, aggregate was broadcast into the second coat of the ELIMINATOR® membrane to provide a temporarily trafficable wearing surface. The surface was later brushed off and a proprietary bond coat was applied before the application of the asphalt wearing course.

The ELIMINATOR® system contributed significantly to the time and cost savings on this project.