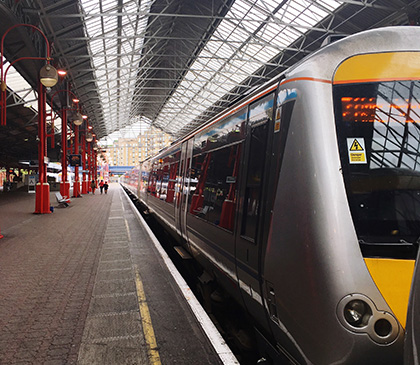 The multi-billion dollar Doha Metro system in Qatar is one of the largest metro transit projects in the world. Scheduled for completion in 2026, the Doha Metro network will consist of four lines and approximately100 stations connecting major residential, commercial, and industrial zones.

The transportation infrastructure will be built in two phases. Phase 1 is expected to be completed in 2019, and will include the construction of two of the major stations at Msheireb and Education City, as well as more than 30 other stations. Phase 2 is scheduled to be delivered by 2026 with more than 50 more stations.

"We chose GCP Applied Technologies’ products based on two main factors. First, reliability and knowing the products, and second, ease of use."
-

Contractors for the Doha Metro system were taking no chances when it came to selecting a reliable and high quality waterproofing construction product. In Doha, any waterproofing membrane must succeed against demanding conditions including ground water, an average annual temperature of 32°C, and, critically, the presence of chlorides and sulphates, which attack the reinforcement and the concrete.

With some membranes, water can leak through potential defects in installation and track behind it, migrating to other parts of the structure. The transit project’s construction specifications stated that the stations must remain completely dry throughout a 120-year design life.

"In Doha, any waterproofing membrane must succeed against demanding conditions.  "

Four out of five winning transport business contractors chose PREPRUFE® Plus membrane based on its proven performance as well as the reputation of GCP Applied Technologies in the region. A fully bonded waterproofing membrane, this innovative system is installed before the concrete is poured and bonds to the structural concrete, preventing water tracking behind the waterproofing layer or problems caused by ground movements.

Because PREPRUFE® Plus membrane bonds to the concrete, the risk of water seepage was minimized. PREPRUFE® Plus also has double adhesive “ZIPLAPS™,” which provide a more robust lap between adjacent sheets.GCP supplied more than 1 million square metres of membrane for four of the five underground contracts, including the major downtown intersection station at Msheireb.

PREPRUFE® Plus waterproofing was used mostly below the bases of the transit project’s stations and for the walls in some locations, such as where they are cast onto diaphragm walls. BITUTHENE® 8000 HC is also a part of the waterproofing system and is being used where the outside of the walls can be accessed after striking formwork.

One of the important elements for waterproofing the station was getting the detailing right. GCP drew upon a vast library of details gained over the past two decades while installing over 50 million square meters of PREPRUFE® globally. GCP recently developed details for Msheireb Station, which will be situated at the heart of the Doha metro system where three lines intersect. GCP knows this area well, having worked on transport infrastructure basements in the major Msheireb Downtown Doha development since 2010.

"Because PREPRUFE® Plus membrane bonds to the concrete, the risk of water seepage was minimized."